Wow that’s quite the formidable title there. But I have nothing out of the ordinary for you. Just some thoughts and rants. 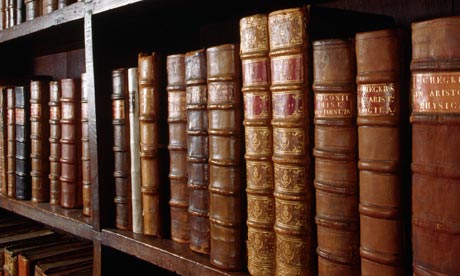 Lately, I’ve had the opportunity to discuss about many deep and profound themes and topics with others. Like minded writers, other people who question or challenges the system we operate in, talented individuals who pursue dreams and special kindred spirits who perceive the world unlike most people might. I realize, I should be recording more of my thoughts. I often swear I have enough philosophies and my  thoughts to write many volumes.

On the other hand, because I am taking summer school and falling behind on readings and assignments, I’ve also had the chance to immerse in legit literary classics that “built the foundation”… right now going or went through Plato, Aristotle, Sophocles, Homer, American Lit like Benjamin Franklin, Thomas Jefferson, F.Scott Fitzgerald, and a bunch more. It’s like history class. And some of this is tough to go through. But it is only because of the reading amount and length. When I actually focus and start absorbing, there is so much good stuff in these classics and wonderful insight and revelation.

But amongst the amalgam of confusing thoughts and philosophies that I desperate try to sort through, one particular one stood out when I was pondering all of these discussions and viewpoints, whether from fellow contemporaries or classic great thinkers… I have a huge tendency to see big pictures, no matter what I’m looking at, small or profound, I tend to have a talent in always zooming out and seeing a grander scheme. So once again I am reminded of this nagging understanding from everything I’m absorbing that wow, there is absolutely no truth in this world.

Other than my faith (which to some may be a debatable point), what is true or what is not true? Everything we know, everything we learn, everything we ourselves think of are based on human understanding and perception. Throughout the years, whether they were the first literary giants or now when we begin learning as a baby, we are merely receptors of information, of data. There is no such thing as original thought, original creation. Everything has been inspired by something else, and is a modification of things that already existed.

New thoughts we formulate, are based on the entire arsenal of knowledge we’ve accumulated through our experiences, through the media, through word of mouth, throughout all the years of our lives. In essence, like I’ve been discussing with a friend and also have been touching on it (and will be going deeper) in my semi-autobiographical philosophical roller coaster of a cell phone novel, Move, and fantasy/sci-fi saga, The Fringe of District 24, we are products of the external forces of this world. Of the environment around us. Indeed, you can call it nurturing, rather than born nature or innate personalities, but who exactly are we? We are an amalgam of the things we’ve absorbed, whether we agreed with it or not, whether we recognize it consciously or have subconsciously accepted it.

To bring it further, all the sources we learn FROM, are ALSO not original but their own amalgams of their nurturing, and the external forces on their lives. Plato, Aristotle, Shakespeare, anyone, was not exempt. Basically, the transmission between human beings is what we learn from. Science itself is simply theories, “proven” and then “disproved”, over and over again, all of which are merely efforts and assumptions by human beings.

Now that being so, what is truth? what is reality? The way we see our world, someone who is in depression, someone who is living in a third world country, someone who grew up in a different culture, or maybe a mix of different cultures, someone who was influenced by their parents in a certain way, someone who never had parental figures, and the infinite different scenarios we may go through… the way we see the world is dependent on what we’ve absorbed as well as other issues we struggle with like the blinding of emotions. That being so, what exactly is the world then? Every little thing is tied to our thoughts and mind, there is no way we can view something completely unbiased or removed.

People can try to be neutral but in reality that never happens, behind it all, subconsciously, there is an entire rest of the iceberg of influences on one’s life and mindset and worldview. Fundamentally, we cannot even trust our own thoughts. We cannot trust what we perceive in this world. This world that we see, are veiled by our human processes. Everyone is wearing colored glasses.

There is essentially no truth and no reality. That in itself, is not true, because that is my own perception and thoughts, based on all the things I’ve absorbed and everything that has influenced my life up to this very point.

Anyway, conclusion? None. So what if there’s no truth? Nothing. What can we do about it? Nothing! Everything still runs the way it is. We still believe in certain people’s thoughts or sources of information more than others. But it is humbling to keep this in mind. Because we realize just cause we think we are right, doesn’t mean it is right. Just because someone thinks they are telling the truth, it is only their twisted version that they believe is true. To keep this in mind, also helps us to realize if there is no truth, we don’t need to trust the things we absorb and receive, that much. If there is no truth, life is a dream, where we don’t need to take it that seriously.

I really don’t know where I’m going with this. But I feel I should’ve been making a much more productive post with one of the million other things I’ve been thinking about and digesting which might have been much more profound or useful. But anyway…!

I am reminded of Escher’s works being the interweaving of reality and illusion, which is real which is illusion?